Smiltyne Yacht Club hotel class was upgraded to 3*PLUS 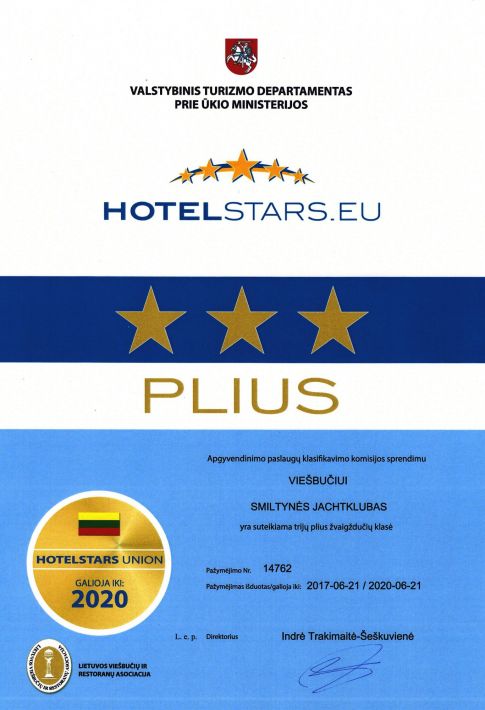 2017-06-28 Klaipeda, Smiltyne. The hotel of Smiltyne Yacht Club, a unique boating, accommodation and event complex, was upgraded to 3*PLUS (three plus stars) class. It was upgraded to a higher class after the implementation of the second development stage, after evaluating a significantly better level of service achieved after the renewal.

After the development, 65 rooms and apartments in Smiltyne Yacht Club hotel can hold up to 194 people at a time.   "The aim is to create a lounge area where guests can feel comfortable, experience positive emotions and would always want to come back ", – says hotel manager Ana Timonina. The total investment in the renewal and development of Smiltyne Yacht Club hotel is 1 million and 330 thousand euros.

New Smiltyne Yacht Club conference and event halls can hold 100 – 200 people, and it is possible to organize events in the area for up to 2000 people. In May of 2017, the complex became the organizational headquarters and lodging place for TrenkTuras. There is an Italian restaurant "Paskui vėją" within the area of the complex.

There are currently 3 active hotels in Smiltyne, whose beach received the Blue Flag for the 2017 season, among which Smiltyne Yacht Club hotel has the highest – 3*PLUS class. At the end of 2016, it was estimated that there were around 30 guest houses and hotels in the Curonian Spit, among which 10 are classified under the 3*star class. 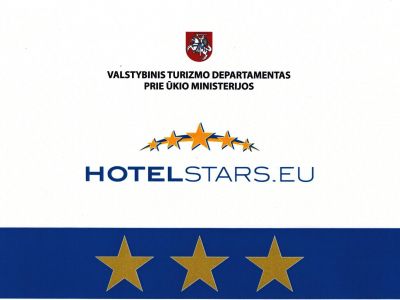